Back to Blog Posts
Prev Next

Want to Sell Your House for the Most Money in Spokane? Don’t Do These 5 Things 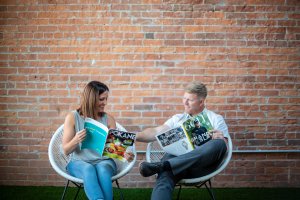 For first-time sellers (and sometimes even for veterans), selling a home can be an overwhelming, emotionally draining undertaking. If, however, you avoid certain things, you’ll be far more likely to sell your house for the most money in Spokane. Skirt the five pitfalls described below, and you just might sell your house for the most money possible for your home and within a reasonable time.

We now live in a visual age, and there’s no getting around it. So, today, most home buyers do their shopping online, at least in the early stages. The sad fact is a lot of the photos in online listings are poor quality. The Farr Group provides plenty of crisp, quality photos, your house will stand out from the others and will generate plenty of interest.

We take your photos during the day when there’s adequate natural lighting. Our numerous photos display your home to its best advantage and highlight its selling features.

Avoid listing your home in the winter, especially during the holiday season, because this is a painfully slow time for home sales. Obviously, people are busy with social activities, and the cold weather drives them indoors. The upshot is that there will be fewer people looking at your home, it will likely take longer to sell it, and there’s a chance you won’t get the price you want.

It’s tough to give up and sell a home you’ve been living in for several years because you have an undeniable emotional attachment. But you’ve got to let that go.

The trick is to think of yourself now as a business person, a home seller, rather than as a home owner who is selling a home. Try to take a strictly financial view of matters to create distance between you and the home you’ve lived in and made memories in.

Also, try to think about things from the buyer’s perspective. They’re not just buying a piece of property with a structure on it, but a dream and a new life. You’re doing something good for them, which will reduce your own emotional attachment and so help you sell your house for the most money in Spokane.

Trying to sell your home on your own is generally not a good idea. The Farr Group NW will help you get a better price and sell quicker than you would on your own.

We understand all the legal intricacies and ramifications of the home-sale transaction. We also know how to deal with the mountain of paperwork involved and the problems that inevitably come up in the process. Further, we are the ones who will spend time dealing with potential buyers and the tiresome tire-kickers.

Certainly, you want to sell your house for the most money in Spokane, but you also have to be realistic. Simply put, overpriced homes just don’t sell.

A comparable market analysis is key here to avoid egregious overpricing. You can even use your market analysis to underprice your home a bit to generate more interest and multiple offers, which can then (in theory) encourage the many interested buyers to bid up the price.

If you want to sell your house for the most money in [market city], then don’t do the five things listed in this article. While that’s a good start, there’s still a lot more to it.

Should You Sell Your Spokane House?

Is it a good time to sell your home in Spokane? Absolutely. In Spokane, we have less than nine days of inventory on the market right now. With this ...Read More 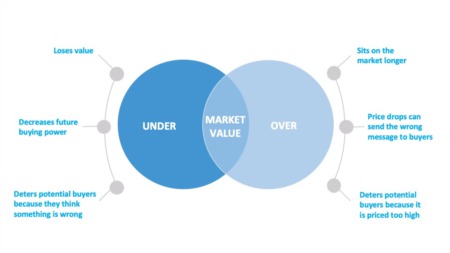 Why It’s Important to Price Your Spokane House Right Today

Even in Spokane’s sellers’ market, setting the right price for your house is one of the most valuable things you can do. According to the ...Read More

5 Ways To Generate Interest For Your House in Spokane

If your listing isn’t generating any interest, then you have a big problem, and it’s usually not just that buyers are not interested. ...Read More